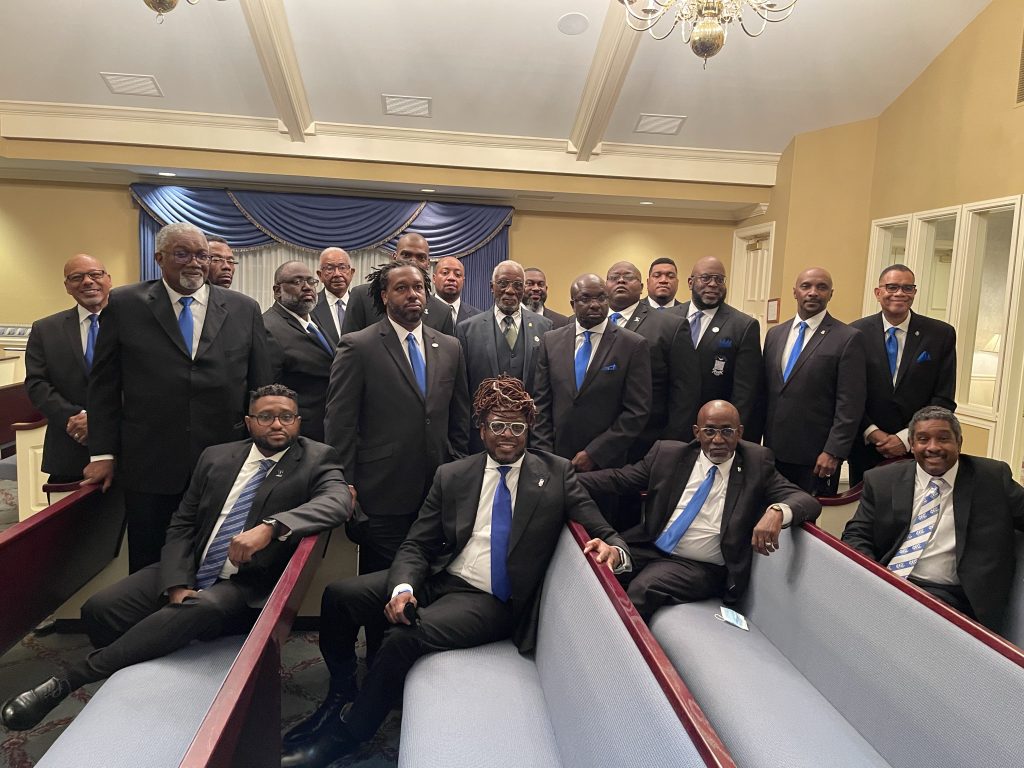 Brothers from Zeta Delta Sigma Chapter, Virginia State Director Bro. Rodney Wright, and brothers across the Commonwealth of Virginia gathered to pay last respects to Bro. James Holmes. Bro. Holmes was initiated into the Alpha Alpha Alpha Chapter in 1946. He held the offices of Chapter President, Chaplain and Treasurer.

He was a Charter Member of the Delta Epsilon Sigma and Zeta Delta Sigma Chapters of Hampton and its vicinity. He served as Chapter President, Vice President, Chaplain and Assistant Director of the Sigma Beta Club. He represented the chapter as Delegate and served on multiple committees including Grievance, Law and Revision, Awards and Citations, Chapter Reports and Necrology. He was a Life Member, Member of the National Giving Club, the Eastern Region 100 Club and a supporter of the National Legal Defense Fund.

His other affiliations include membership in the following organizations:

Virginia State University Alumni Association- Williamsburg Chapter – served as President and Chaplain. He loved to support his Alma Mater by attending the CIAA Tournament. NAACP- York/James City/Williamsburg Branch- Achieved Life Member and Golden Heritage status, Member NAACP Million Dollar Club. Served as Treasurer and supporter of ACT-SO, Colonial Virginia Council of the Boy Scouts of America- District Commissioner, Member of the Order of the Arrow, recipient of the Silver Beaver Award for Distinguished Service to Youth, and recognized by the Association of Baptists for Scouting/ Boy Scouts of America for Distinguished Service as a Good Shepherd.