Chandler Promoted To Chief of Police 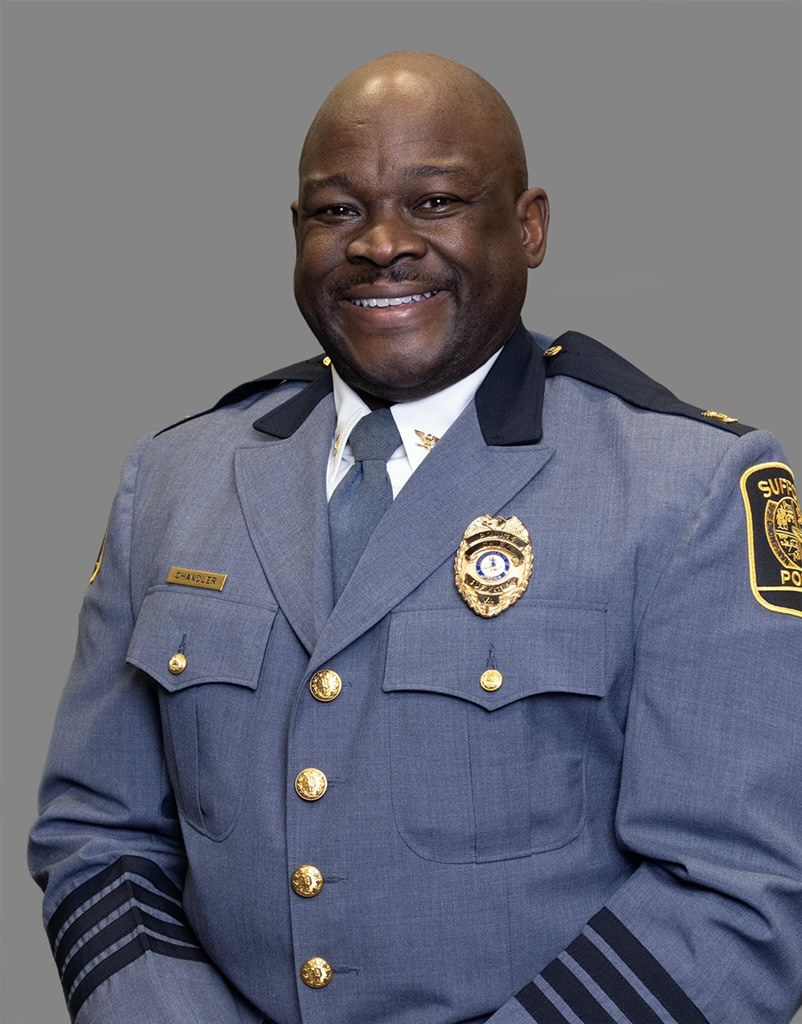 Chief Chandler began his career with the Suffolk Police Department in 1999. In his time on the force, he has served in many capacities in the Department including Field Training Officer, SWAT Team Operator, Lieutenant, Captain, and Deputy Police Chief over the detective bureau, special investigations, CSI and Crime Analysis Units. Chief Chandler was a graduate of the 40th Session of the Chesapeake Police Academy, where he was Class President. He holds a Master’s of Science Degree in Criminal Justice from Saint Leo University. Chandler is a graduate of the West Point Leadership Course, as well as a graduate of the 270th Session of the FBI National Academy. Chief Chandler has most recently served as Interim Chief of Police since June 15, 2020.

In commenting on this appointment, City Manager Albert S. Moor II, noted, “I am proud to make this announcement regarding our new Chief of Police. I have worked with Chief Chandler over the past 14 months and appreciate his dedication to our City and the Police Department. Chief Chandler has continually demonstrated that he cares about our Police Officers and the Suffolk Community. I ask for your support as Chief Chandler assumes the role as permanent Chief and I look forward to the Police Department’s professional approach in protecting and serving all who work and live in the City of Suffolk.”